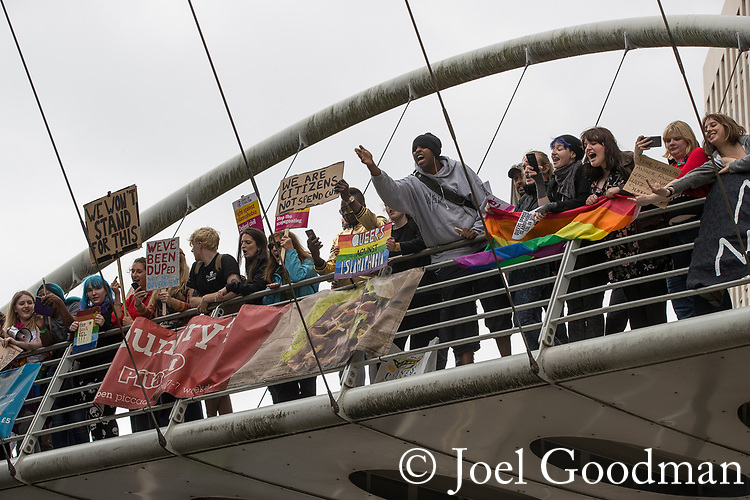 © Joel Goodman - 07973 332324 . 11/06/2017 . Manchester , UK . Anti fascists jeer at the demonstration from a bridge . Demonstration against Islamic hate , organised by former EDL leader Tommy Robinson's " UK Against Hate " and opposed by a counter demonstration of anti-fascist groups . UK Against Hate say their silent march from Piccadilly Train Station to a rally in Piccadilly Gardens in central Manchester is in response to a terrorist attack at an Ariana Grande concert in Manchester , and is on the anniversary of the gun massacre at the Pulse nightclub in Orlando . Photo credit : Joel Goodman
SEARCH RESULTS